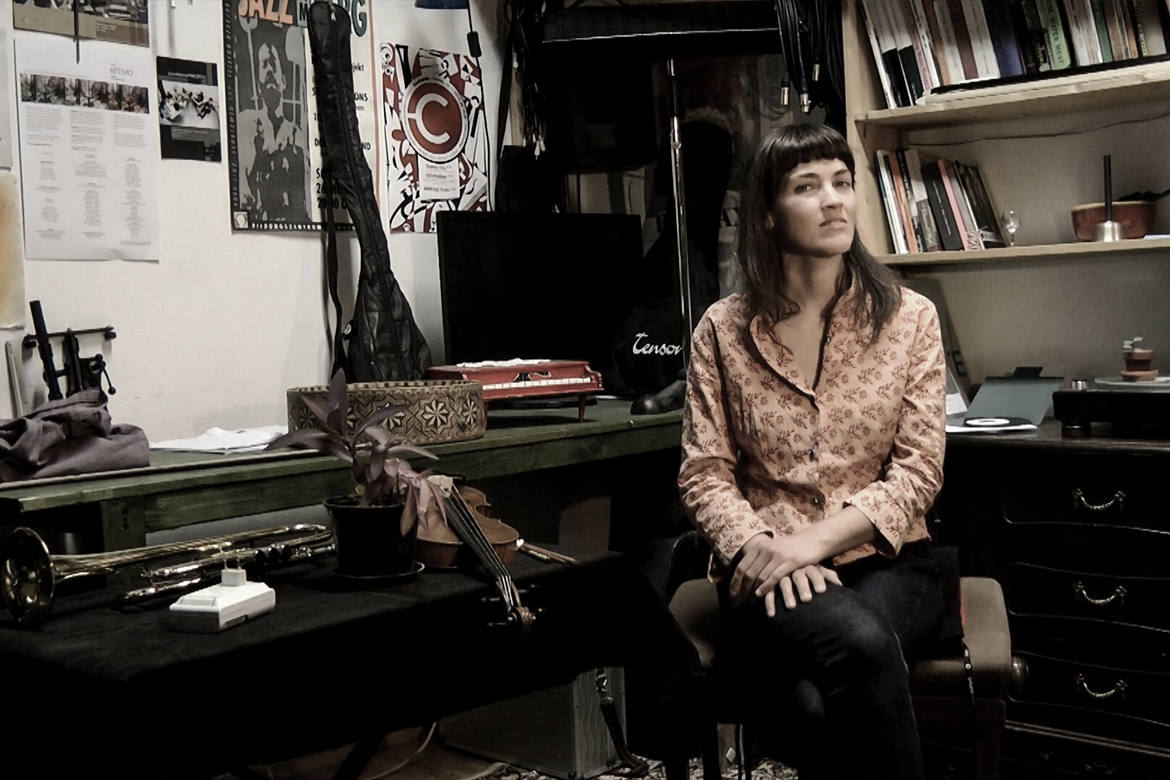 Ana Kravanja is one of the most active improvisers in Slovenia, active in both the local and international scene. Violinist and vocalist participates in numerous ensembles and formations, regularly working with Samo Kutin, both in the improvisational duet and in the past in the duo Najoua, in which they explored the rhythm and the sound of the kalimbas. With him and guitarist & percussionist Iztok Koren she forms a trio Širom, with which they enjoy international success and many performances abroad. As an improviser, she also performed with reedist Susana Gartmayer, double bassist Matija Schellander, cellist Noid, electronic artist Laura Netz, saxophonist Marko Karlovečec, with whom she recorded the record “Vraščanje / Ingrowth” (Botanic, 2012) and with violinist and vocalist Tijana Stanković, with whom they recently released an album “Trkam, kličem, odganjam / Kucam, dozivam, teram” (Self-released, 2019). On it, they combine the sound of violins and the voices, spread between tradition and modernity, between the echoes of folk traditions and contemporary music including many extended techniques in their vocalisations and violin playing. At the same time she also produced ”Glacies” (Music for refrigerater shelfs), structured improvisation for the quartet and the composition “Tinitus” for octet (2014).

Tomaž Grom had a conversation with her about improvisation, her collaboration with Tijana Stanković, about the band Širom, and more. At the moment, Ana is on European tour with Širom.