Irena completed her BA in philosophy at the Faculty of Arts in Ljubljana. She is active as a maker and performer in the fields of experimental improvised music and movement theatre. She also teaches voice and movement workshops called moved by voice nationally and abroad.
She has released three albums: Crying Game, Taste of Silence, and Lump in the Throat. Her music, more specifically her sound experimentation is an exploration of the landscapes of voice that include words, fragments of texts, (traditional) melodic singing, and other vocal techniques, including humming, clicking, and other sounds made with the mouth that pertain not (only) to the voice but also to the body.
Irena performs solo and with a variety of ensembles and musicians such as Tomaž Grom, Lee Patterson, Xavier Charles, Christof Kurzmann, Jonas Kocher, Gaudenz Badrutt, Šalter Ensemble, Tim Blechmann, Michael Zerang, Liz Allbee, Alessandra Eramo, Ilia Belorukov, Okkyung Lee, Maja Osojnik, Christian Kesten, Ina Puntar, Dré Hočevar, Matej Bonin, and others.
She has performed her solo project iT or as experimental vocalist at numerous national and international festivals (Zagreb, Belgrade, Skopje, Dobia, Vienna, Biel, Basel, Geneva, Budapest, Berlin, Baltimore, Wels, Tokyo, Kyoto, Kassel, Wuppertal, Wroclaw, Paris, Manchester, Beirut …).
Her compositions for voice and body were published in the books Une exposition à être lue and Chorégraphier by Mathieu Copeland and performed in Geneva, Paris, and Madrid.

She has created nine voice-movement performances exploring the connections between voice, gesture, body, space, and sound.
Irena regularly leads workshops on voice and movement. Over the last years, she has given regular workshops in Slovenia and in Berlin, but has also taught in Croatia, Bosnia and Herzegovina, Serbia, Austria, Poland, Belgium, Italy, France, Germany, USA, Japan (in 2009 in Kyoto and Tokyo), and Lebanon. Since 2014 she has been teaching in the frame of the training program The World Is Sound (http://www.the-world-is-sound.com/twis-world1) in close collaboration with Alessi Castellacci. In 2008/09 she taught contemporary dance technique and in 2007/08 individual courses at the Pre-School Education and Grammar School Ljubljana. She occasionally also gives voice and movement workshops to the students of the Academy of Theatre, Radio, Film and Television in Ljubljana.
In 2004 she was the recipient of the DanceWeb scholarship at the Vienna ImpulseTanz Festival, where in 2018 she also ran a “moved by voice” workshop. In 2007 she was admitted to the five-week programme Atelier Jerzy Grotowski and continued to attend intensive training courses at the Jerzy Grotowski Institute until 2011. She ran a “moved by voice” workshop there as well, in 2012, when she was also invited to show her performance “The Taste of Silence Always Resonates”.

I MY EYE EAR HEAR,
MY VOICE IN YOUR EAR,
REPEATIN QUARREL OF OPPOSITE,
BREATHING OUT THE VOICE,
THREEALOGS

The title of Irena Z. Tomažin’s first solo album in the field of free improvisation is “Lump in the Throat”. It was released on 26 February 2019 by the Slovenian label Sploh and presented live on the same day in the Confine Aperto series at ŠKUC Gallery in Ljubljana. The album’s visual design was created by the known contemporary artist Matej Stupica, the overall design by designer Ajdin Bašič. If the first part of the album presents 11 Irena’s more recent compositions, the last five tracks on the album bring recomposed and redone versions of the material recorded during the 2015 audio-visual project “The Faces of Voices # Noise”, produced by MoTA Museum of Transitory Art. The project focuses on the sonic and corporeal matter between voice and different noises created during/by/following/in the act of shaping a voice and other intentionally produced and extended sounds made by repetitive mechanics of the tongue, palate, throat muscles, teeth, and air inside the micro resonating space of the mouth cavity. 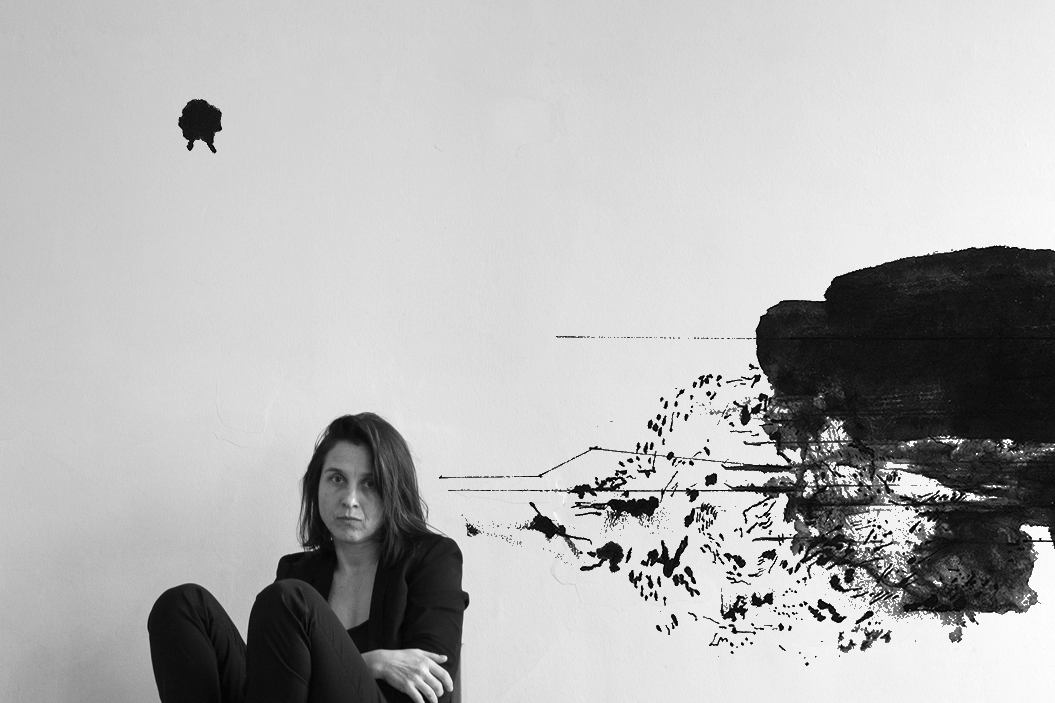 The material for the tracks I, II,III, IV and V is a recomposition and a remix of the material from the Faces of Voices # noise project, produced by MoTA Museum of Transitory Art in 2015.

“Lump in the Throat” is not a conventional album of vocal music. With this album, Irena Z. Tomažin sets foot in the field of sound art, but over the edge of what we usually think of as music. She abandons the words, discards the rhythm, melody, and composition, and focuses rather on the pure expressivity and the untapped potential of the human voice. What she aims at is its immanent character, cleared of habitual forms and meanings.
Katja Utroša, Dnevnik, 2019
https://www.dnevnik.si/1042883471

“Lump in the Throat” brings up one big question that raises several smaller ones. It is an authentic artistic artefact, launched into the cosmos of our being, our humanity which is invariably reflected in a certain history and embedded–at least partially–in a certain culture, a certain symbolic order. Having said that, it seems that voice nevertheless presents a deeper mystery, that it is less defined by culture than the instrumental landscape of music patterns, materials, and other traits of instruments. It is an instrument-body, an underpinning of language and meaning as such.
Muanis Sinanović, Odzven 2019
http://www.sigic.si/cmok-v-misli.html

A database of musicians whose work crosses borders with freely improvised music. The database is meant as documentation and at the same time archiving content and data about the musical work of artists and creators. We want to create a tool that contributes to information and visibility. We invite musicians to co-create an emerging collection, which we intend to continually update.